Trained as a photographer, I spent years concentrating on finding that one special image rather than on the process itself. My intention was to visualise in one image the tension between different elements in view or the process in which opposite forces converge.

Taking photographs constituted a natural need to stop time, to be able to view everything at my leisure afterwards… Until my love of dance and music made me realise that the beauty of life can be found in the transience and fleetingness of the moments I was trying to capture.

For me, this resulted first of all in abandoning the idea of selecting one single image and beginning to experiment with linking photographs with each other and explore the influence of music on images.

In addition to linking photographs with each other and combining sound and image, these days I am also working on combining static images (photographs) and moving images (film), as well as colour and black-and-white images and movement in film (dance).

My latest development is to use (in addition to music and sound) the visual meaning of the words from a song or literary work, whereby image and word converge or oppose each other. 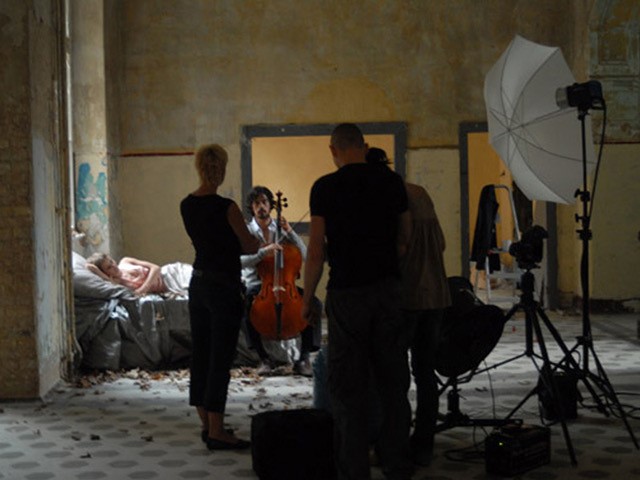